There’s something rich and a bit mysterious about ormolu’s designs, like the cover of an old journal you’ve discovered in the attic – promising to reveal its secrets, if only you gaze into its depths long enough. Muted greens, greys, burnt orange and brown often convey a patina of age, while the patterns themselves remain strongly graphic and structured.

Jay Trolinger is the head and hands behind ormolu. He told me that he came to the name via a favourite book, Little, Big by John Crowley. In it there is a scene in which movers are lowering a gigantic ormolu mirror from the window of a New York apartment building. “I’d never seen that word before and I liked the way it rolled around in my mouth. It also looks good in lower-case type on the page.” Just for the record, ormolu is actually a type of gilding – perhaps it’s the perfect metaphor for a surface designer! 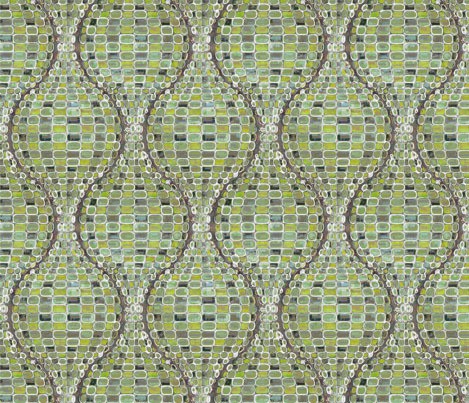 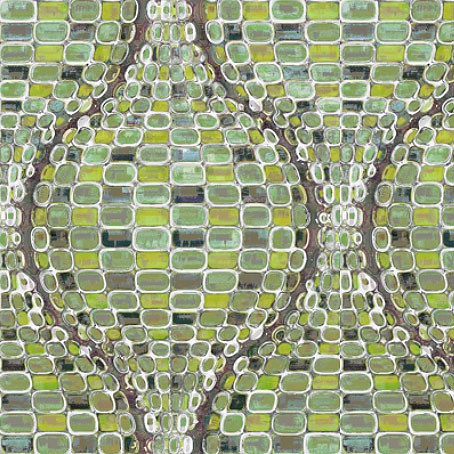 Currently enrolled in a Textile design program at California College of the Arts in Oakland/San Francisco, I asked Jay if he’d had another career prior to becoming involved in surface design. He replied, “This is a tricky one, not least because I’m 47 years old and have only recently entered college and begun making my work public. I’ve worked in visual arts in one form or another since I was 16 in my hometown of Boulder, Colorado, where I got a job in a stained glass studio, working for the mother of a friend.  In the years between then and leaving for the San Francisco Bay Area in 1993, I worked for several craftspeople, a recording studio, and a high-volume tie-dye manufacturer.  After I moved, I worked for a fabric silk-screener, a custom wallpaper designer, an independent clothing designer, a dot-com media company (my first paying Photoshop gig), and an architecture firm.  So I honestly don’t know if I’ve had a career or not!”

“My business began as a line of gift wrap. I was working as the graphics manager for a small architecture firm in Berkeley, California and using the large-format printers to experiment with repeating patterns I designed for fun in Photoshop.  I left the firm in 2005 to sell my small line of papers and discovered pretty quickly that, despite the good response I got for my designs, I really didn’t enjoy the repping process and my volume was too low to hire someone else to do it, so Ormolu Designs eventually ground to a halt and sat fallow for several years until I revived it for my fabric design work. 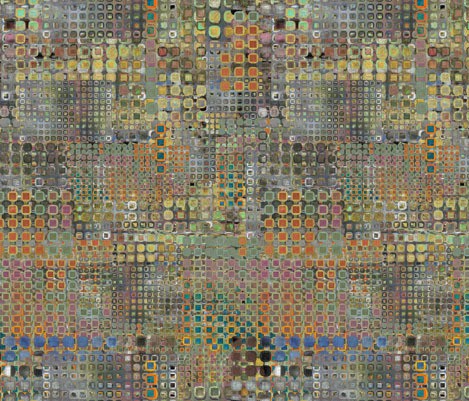 I asked Jay about his working process and inspirations. “When it comes to design, I’m not a big planner.  I like to see what takes shape as I play with an idea.  Sometimes I will decide upon a small set of rules a graphic element must follow and then I’ll turn it loose to see how it makes its way across the page (or screen; I’m a big fan of Photoshop because of its highly forgiving and evolve-able workflow!).  I am very interested in first principles and simple geometric constructions; if I get stuck with an idea, I often find that playing around with a compass, a straight edge, and some graph paper will get me jump-started again.”

He cites Deana Blanchard (of Selena Stained Glass) as his first and most important mentor, because “she gave me unrestricted access to her creative process when I was still young and scattered”, and is greatly appreciative of her continued support and feedback now.  Jay also includes his artist friends Marisa Vitiello and David Dawson for their great consultation/conversation “that feels like it can always be picked up right where we left it”.
On a broader level, Jay loves the work of the Weiner Werkstatt, especially Kolomon Moser, Klimpt and, Hoffman, and a varied collection of others, including Hundertwasser, Anselm Kiefer, Mark Rothko, Indonesian textiles and Brian Eno. 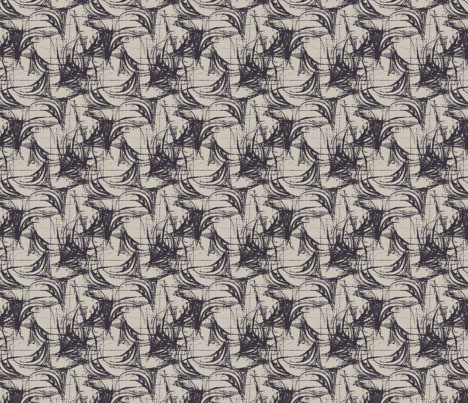 Like many artists, he struggles reconciling his love for art with the necessity of earning a living.  “I have often felt guilty for spending so much time working on images for which there is no obvious market, while rejecting the kind of logo-and-business-card work that can pay pretty well if you stick with it.  One of the best things about being in art school is
that, while you’re there, it’s actually your job to experiment and create for the sake of creation.” 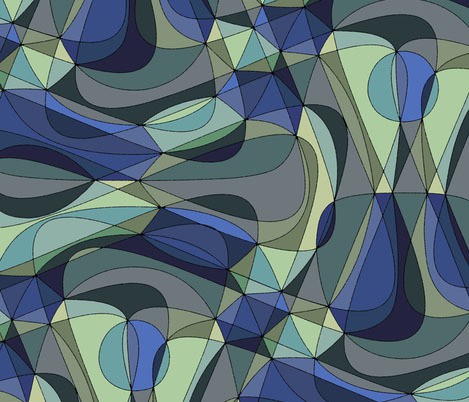 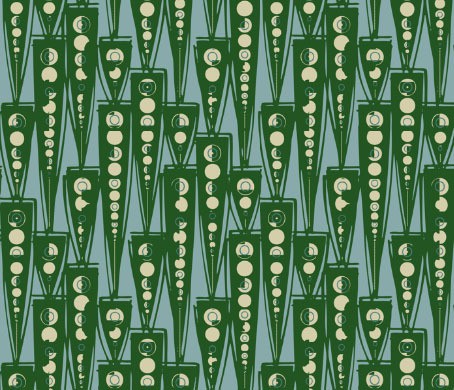 It seems Jay thrives on diversity. When asked him to send some images of his creative space, he pointed me to this image of him and his wife making wedding cakes for a friend.  “My creative space – outside the computer, anyway – is fairly small and cluttered.  My wife, two step-daughters, three dogs, and two cats all share a small house in the Rockridge neighborhood of North Oakland.  We all have a couple of projects going at any one time, so I’ve become very used to shoving things aside on our long dining room table so I can get a
little room for the next one.” 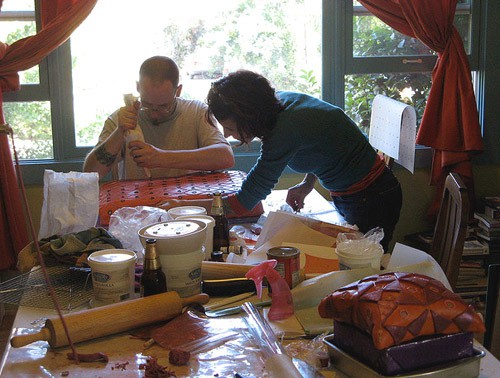 And the best thing that’s come out of all this? “I always get a little thrill when I bump into a friend wearing one of my fabrics, or when I walk into their house and see one of my prints on the wall; I’m just so happy to know that people have a use for the things I make.”

You can find more designs from ormolu at Spoonflower, here.

With thanks to Jay, for sharing his words and images here.