Enter the kaleidoscope world of Jonathan McCabe, and prepare to take your eyes for a wild ride. With startling colours and forms, his patterns are a fantastical combination of the synthetic and the organic.

What is especially fascinating about these patterns is that they are created from software he writes himself. In his other life, McCabe is a digital technology research officer for the National Library of Australia. “I started mucking about with computers in the late 1970’s, writing small programs in BASIC on an Ohio Superboard which my parents were good enough to get for me and my brother. In 1985 I saw this article in Scientific American about the Mandelbrot Set and I was intrigued. [However,] I started off more interested in science and technology rather than art and design; it has been a slow drift in that direction. I was an IT guy at the Australian National University for ages.” 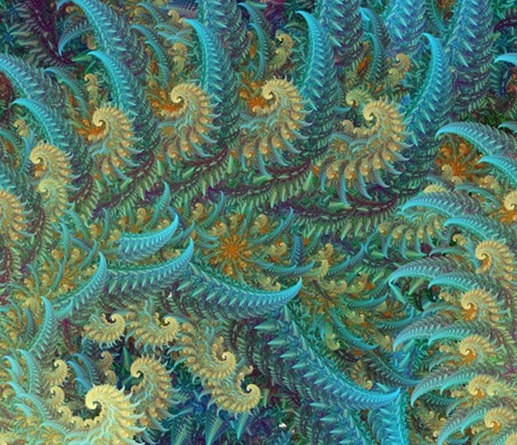 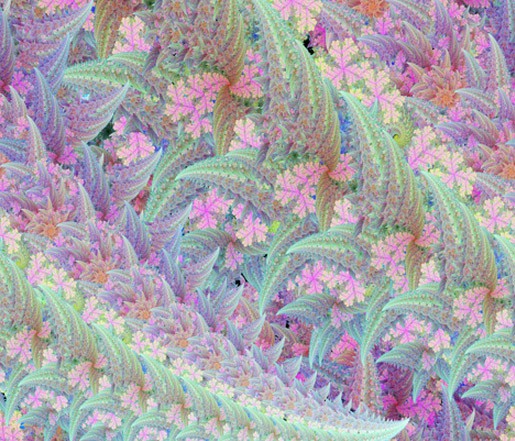 McCabe works with processes which self-organise into patterns from a random or simple initial state. “The ideas I use have all come from the natural sciences, for example how stripes and spots appear on the coats of animals. I love setting up a program that will do that; I look at what it produces and tinker with it to see if I can get it to make something better.” If you want to see how it works, I urge you to check out McCabe’s vimeo account if you would like to see these processes in action.

His inspirations are diverse; not design-oriented, but instead based in the technical and scientific. McCabe especially credits Alan Turing, father of the modern computer, as a source of ideas, and in particular Turing’s Reaction-Diffusion system, developed in 1953. He says he is also indebted to John Holland’s Schema Theorem as another major source of ideas. 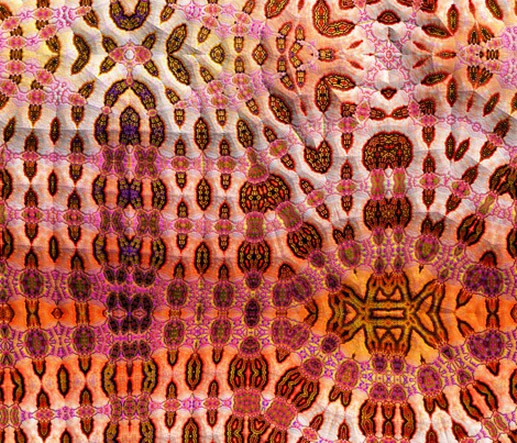 Tellingly, Jonathan recounts a strong childhood memory of making a mandala out of plasticine (something about symmetry perhaps?). He says he was immensely proud of it, and received much praise for it from his mother. He jokingly suggests his current motivation is that perhaps he’s still seeking that kind of praise! 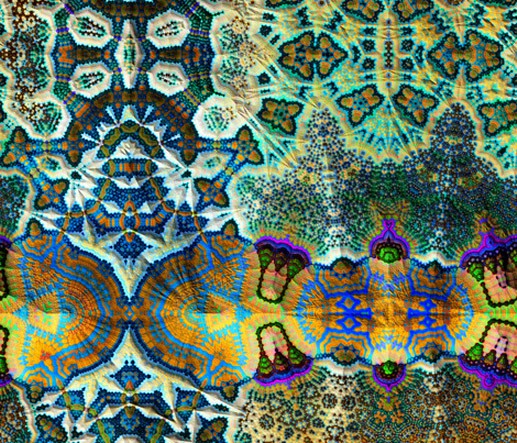 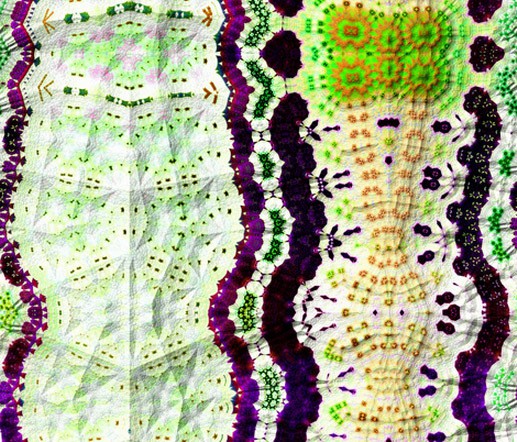 The hardest thing for him now is to find enough time and energy to devote to the development of his designs, “My process of tinkering with programs is strangely slow, and somehow I’m always coming up with programs that the computer can’t run in a reasonable amount of time.” Nonetheless, when it works, it’s wonderful, and he was elated when his work was included in the fantastic design book, Form and Code.  Makers of amazing objects Nervous System (who I featured on the blog a little while back here) have also picked his designs to use in their incredible jigsaw puzzles. 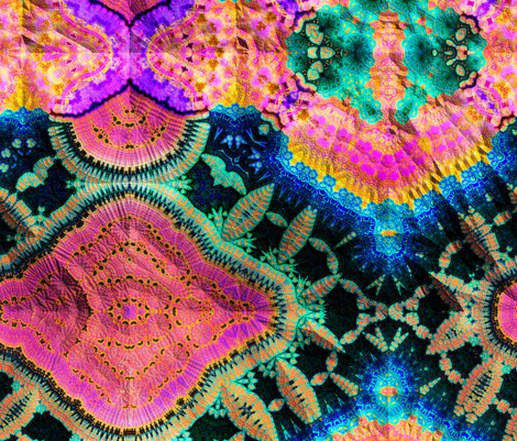 I love so much of McCabe’s work. His palette is deep, rich and cool, with a profusion of greens, offset by deep pinks and magenta. The shapes and combinations are ever-changing – perhaps it’s the parallels with natural form that I find so appealing, even though I know they are manufactured. I especially love the Origami Butterfly series for their 3-dimensionality, their clarity and definition of form. To me, they’re like a little bit of Bohemia, and I would love to see them layered up in fabulous long coats and dresses.

You can find more of McCabe’s surface designs on Spoonflower, as well as other images on Flickr.

With thanks to Jonathan for sharing his work and words here.