The seductiveness of nature : the 3D prints of Nervous System

Nervous System is the design studio founded in 2007 by Jessica Rosenkrantz and Jesse Louis-Rosenberg in Massachusetts. Both have diverse academic backgrounds – Jessica holds degrees from MIT in Architecture and Biology, and she spent 2.5 years studying architecture at the Harvard Graduate School of Design. Jesse also attended MIT, majoring in Mathematics. He previously worked as a consultant for Gehry Technologies in building modelling and design automation. 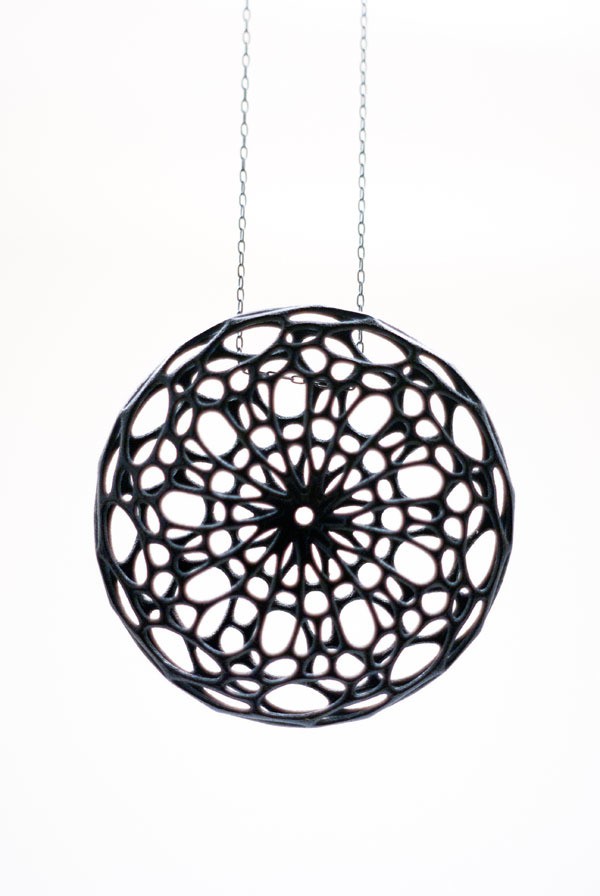 The beginnings of their production happened more or less by accident, when Jessica was working on an architecture modelling project. She had thin pieces of board laser-cut for a model, but after being left on her desk for a while, they started to curl up. The many enquiries from people asking “Is that a bracelet?” prompted the next step – they cut some bracelets from polystyrene, started selling on Etsy, and haven’t looked back. 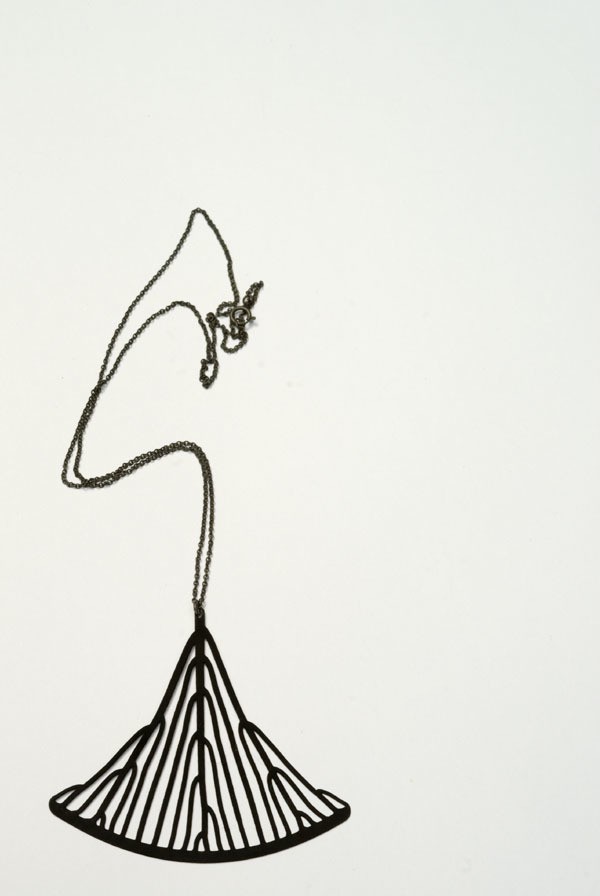 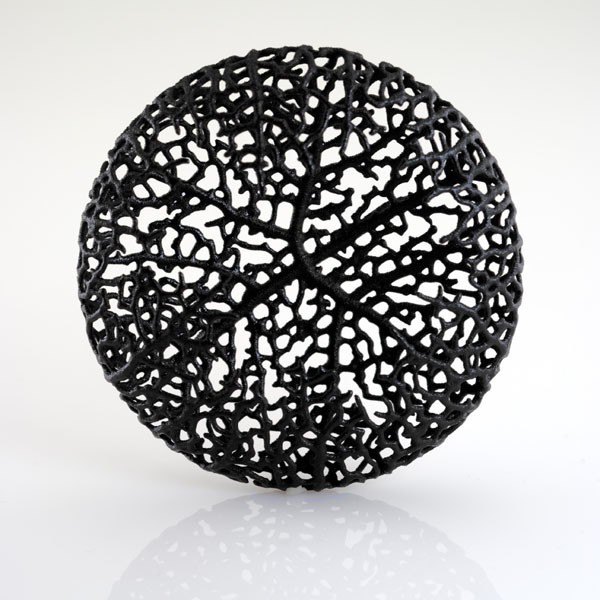 Nervous System draw inspiration for their designs  from items such as leaves, hard corals, sand dunes, and algae. They don’t start with the finished product in mind, but rather look at the the forms of nature and try to recreate the way in which those patterns generate in nature.

In this way, they create a bunch of applets (small pieces of code designed to do a specific task), that they then use in creating their finished concept. Each rendered idea is then discussed as to its final function, its appropriate choice of material, and then its construction method. Methods include laser-cutting, water-jet cutting, and 3D printing, as well as the relatively old technology of photo-etching. But what is particularly fabulous is that as a bonus of them creating these applets, they have released the code on their website under Creative Commons Licensing! This means that anyone can use it for free to create their own custom pieces of jewellery, which you can then order through them, or you can just go and have fun with it online (and yeah, it’s fun! High-tech DIY). 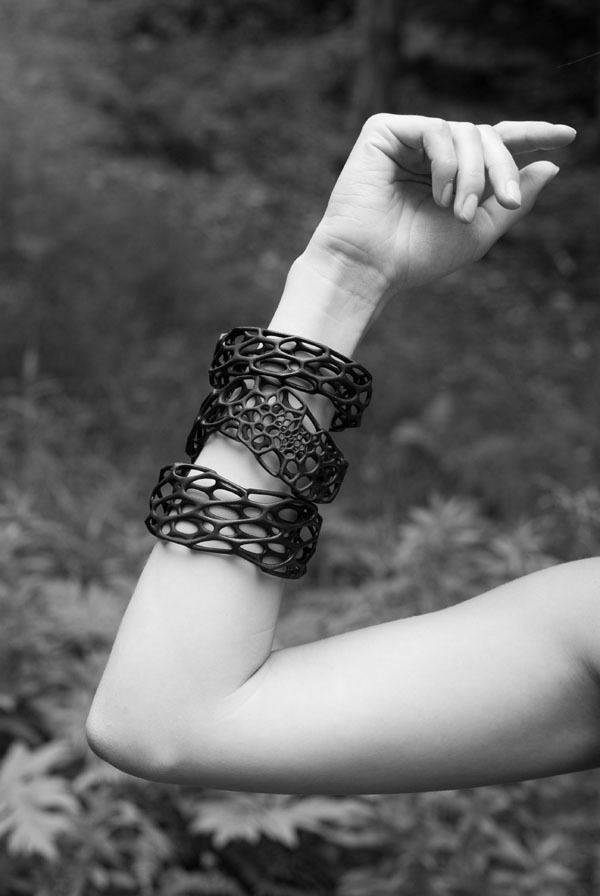 Besides jewellery, which they make available in a variety of materials from nylon through to sterling silver, they also have started making homewares, including cups, plates, and lamps. 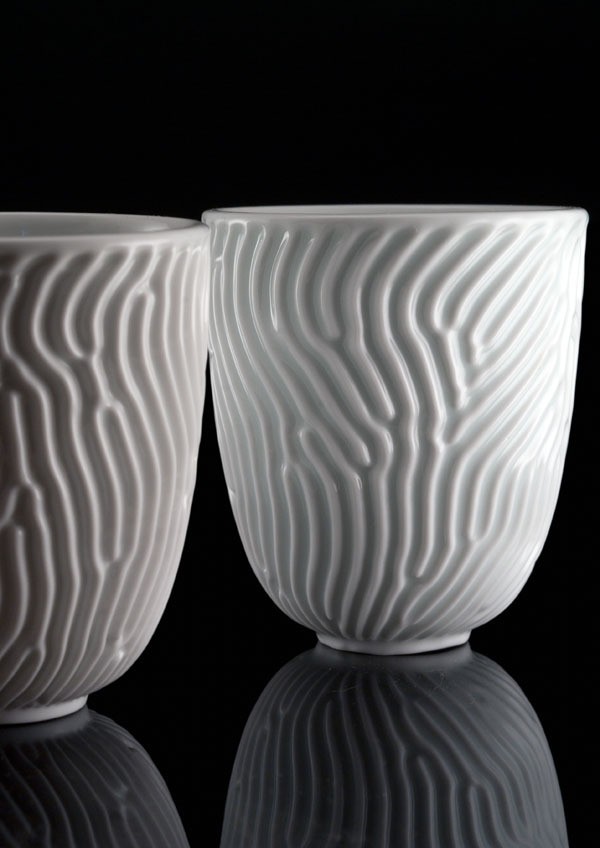 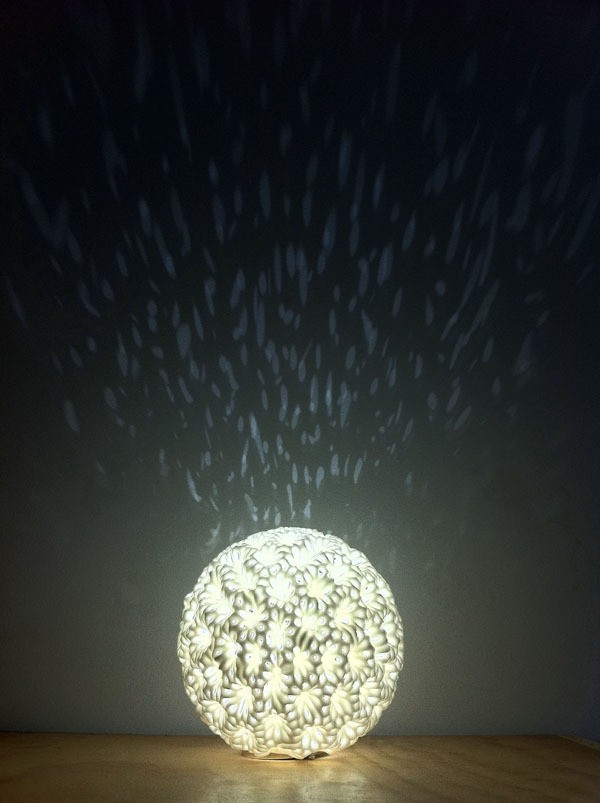 I love these forms, they are delicate and elegant and capable of infinite variation. It is a wonderful nexus between Nature and technology.

I would like to thank Nervous System for their kind permission to reproduce images and text here.