I always love me a bit of well-constructed glitch (which is kind of a contradiction in terms I know, but do you know what I mean?).

At its purest, glitch is a machine-driven, random alteration of sound and/or visuals – mostly resulting in nonsensical waste. But when the aesthetic of that technology is harnessed and utilised, it can become a beautiful thing indeed, presenting the world from an altered viewpoint which can be both incredibly expressive and thought-provoking.

It’s what Amy Giese does with her photography. Using various filters and post-image manipulations, she cuts and weaves her images of the everyday into moments of beautiful expressiveness. 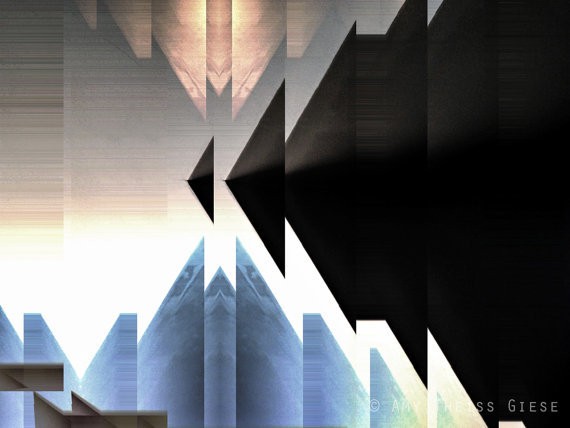 Although she’s been making photographs for over 15 years, like many artists it’s been a convoluted path, and she has supported herself and her artwork by working in restaurants throughout much of that time. It has been a lot of hard work to get to this point, and now she is excited to be teaching photography and exhibiting her work regularly.

College was the first place she really discovered photography. “I took art classes, but only did painting and drawing (horribly, I might add!), but I always loved creating.”

“And when I took my first photo class in college, it was like a bolt of lightning hit me – all these ideas in my head actually showed up in the film, which never happened when I drew. It was magic.” 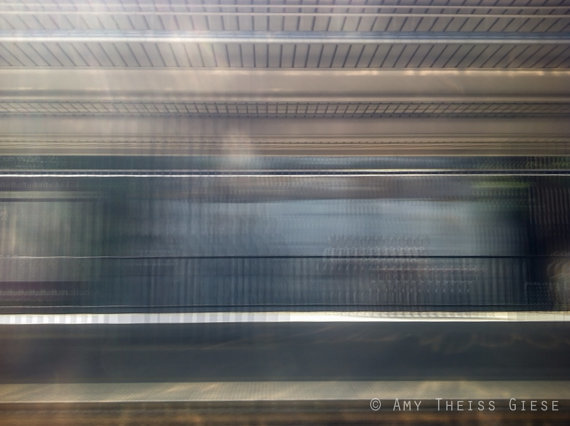 She loves the history of photography; to see what others have captured on film and how those ideas have developed. “I have always been drawn to the fundamentals of how the camera sees the world differently than human beings do – long exposures, overlapping frames, the play of light and shadow.”

It’s also this sense of altered perception that has drawn her to her favourite artists – “I’m drawn to people who find a way to re-interpret the physical space of our existence in such a way that I see the world through new eyes. Alberto Giacometti was an early influence, particularly his paintings. The photogram projects of Susan Derges are haunting and beautiful. The installations of Ann Hamilton seem to blow my mind every time. And the use of sound in a specific place of the duo Cardiff and Miller makes me reevaluate how I move through the world.” 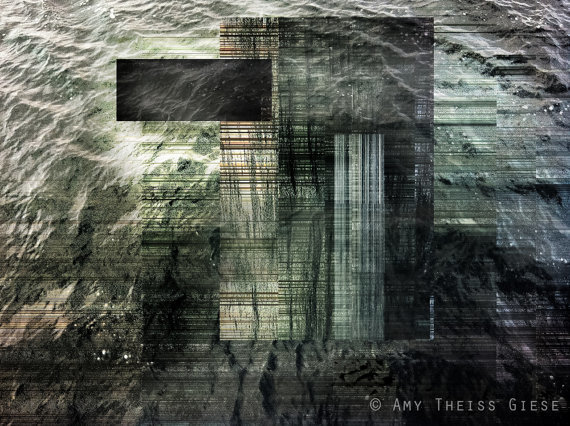 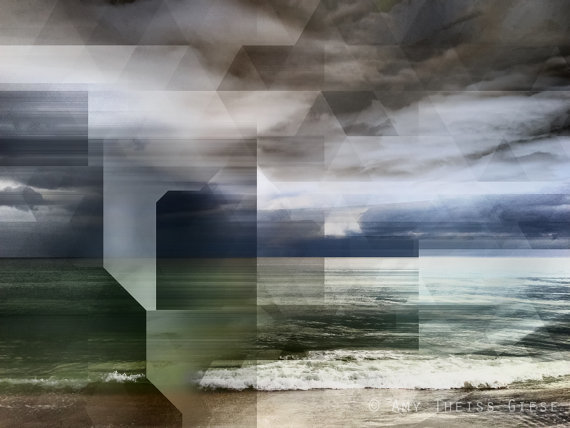 Her camera phone is a tool of choice, because of its portability and its immediacy. One of her favourite photographs is Morning Commute “because it was one of the first images I made on my phone where it exceeded my expectations of what a camera-phone could do. It captured the feeling of riding the bus into work, early in the morning perfectly.”

Another favourite is Ocean Storm “because of the place and what an editing app pulled out of the moment. It’s a beach I go to every year, and the colors and weather are epic! Somehow the fractured pattern of triangles really captures some of the emotion of the location for me.” 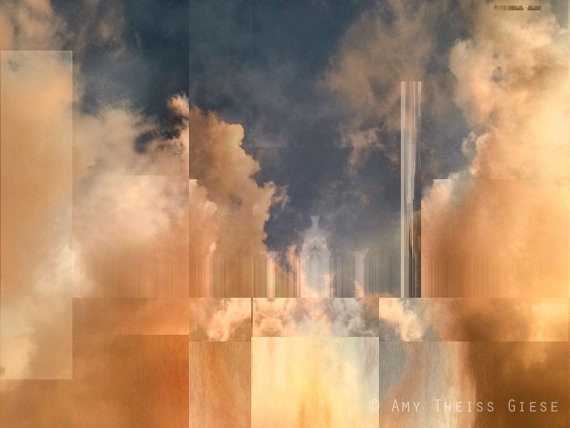 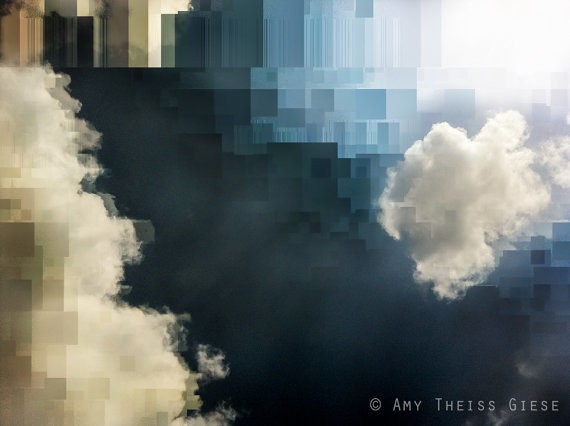 Based in Boston with her husband and their cat Winifred, she spends her spare time fixing up their house and scouting Etsy for new and interesting things to bring into the mix. She loves being barefoot and dances while she cooks dinner, occasionally singing songs to her cat and/or husband.

Her best piece of advice? “I respond the most to negative feedback – someone saying what doesn’t work, pointing out something that I didn’t see, poking holes in an idea.

“The best advice I ever got was to not take criticism personally, but to use this feedback as fuel to improve.”

You can find more of Amy’s images in her Etsy shop, atgiese.