Opinion : Sharing images on the internet – it’s easy, but is it good? (Part i)

about me, opinion, small biz | 25 comments 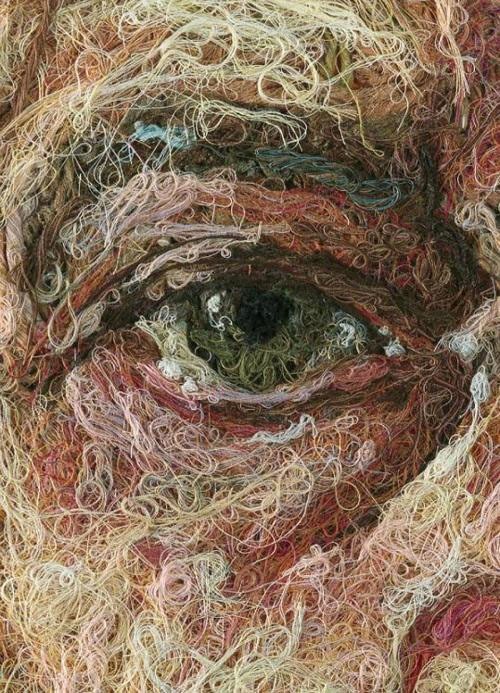 The other day I saw this snippet of conversation on Twitter, from Brett of @IAMTHELAB to Jessica of @designseeds.

“Good news is that I have a print that everyone likes on Pinterest. Bad news? Here: is.gd/sSKWAq“

The post refers to a nice piece of graphic work that Brett did for his New Additions series. The graphic had been receiving large slabs of Pinterest love, but despite all the pinning, it had not resulted in a single sale of that work in his Society6 shop. (You can view and purchase the poster here.)

More discussion followed, and points were made about how some people get a huge boost in sales because of pins, while others get completely ripped off and get nothing.

(Just let me add in here, that even before the internet, there have always been lots of ‘lookers’ and way fewer ‘buyers’. As a practising artist, I’m sure I’m not alone in that experience.)

So what made this difference in artists’ fortunes? The conclusion seemed to be that for artists whose work consists of 2D images – especially photographers, graphic designers, surface designers and illustrators – Pinterest was bittersweet, with few rewards other than notoriety.

However, for artists of 3D works – especially craftspeople, including jewellers, ceramicists, 3D textile artists, etc –  it had resulted in a boost of traffic to their shops, and a subsequent boost to sales. It is important to remember though, that for this to happen, it is essential that the artists/makers/designers have fabulous photos (even if the work itself is average).

After all,  Pinterest is all about images. No more, no less.

I love my Pinterest! I love sharing the beautiful things that I find (I’m here). However, it makes me sad when I see something especially noteworthy, and I can’t find the source. Case in point – the work from Mondongo Collective (above) was only linked to an anonymous Tumblr image URL – I had to go through Google Image Search to find it (made even more difficult by the fact that Mondongo don’t actually have a website of their own. In case you’re wondering, they are an Argentinian collective of 3 artists working in various mediums, but especially plasticine and thread). It took me a good half hour to track down who and what, but I’ve now credited it on my Pinterest pin, with a link to the source. I feel I’ve done a good thing. I know full well that not everybody does this – the overwhelming majority of people just pin images that are pretty or interesting, with no thought for where they’ve come from.

The ability to change the URL on a pin is both good and bad – it means good-minded folk can credit images correctly, but it also means that images can be hijacked – as has happened to me. This photograph of mine had been pinned from my website by the publisher of the book and then they re-linked it to their website. When I discovered this (quite by accident), and contacted them, it still took a bit of to-ing & fro-ing to get a correction and an apology out of them, but they eventually sent me a free book too. So I guess they saved their reputation.

But hey, this is not just about the pitfalls of Pinterest.

Images get shared many other ways too. It’s as easy as right-clicking and pressing ‘copy’.

Even images that have some kind of anti-copy protection on them can still be copied – if you can see it, you can copy it. Those things only keep the honest people honest, as they say. And the worst part about copying things this way is that they don’t come with ANY source information or URL.

But of course we want to share! That’s why we do it. Humans are irresistibly drawn to discovery and spectacle – we love things that have ‘wow’, and we love telling our friends to ‘hey, look at this!’ The internet makes it all too easy.

Copying the image is not the same as copying the object, but sharing the image certainly facilitates the process. It saddens me when I see a lovingly crafted piece of work that someone else has pinned to a board labelled “DIY”.

It’s not a new thing to copy someone’s work, there have been instances of it about ever since people decided you could make money out of art (I’m thinking Rembrandt et al here).  And depending on your work and what’s been copied, you might wish to pursue legal advice.

But about those copiers! If you’ve refined your own product over years of work; if you’ve come up with your own genuine voice, they’ll never do it quite like you. Your pride in quality, the details you pay attention to will not be copied. So here’s the thing:

Get your work out there, it’s great exposure. The more people that see it, the more likely you are to find your customer.

If you’re a photographer or illustrator I realise it’s a whole lot harder – and often your images look best larger rather than smaller, so you are tempted to load up large versions to show them at their best, which means they may be more easily stolen or misused.

So much of our time is spent with screens, and it’s incredibly easy to copy and share images. However, there IS a difference between the physical product of the photograph/illustration on someone’s wall, and seeing it on a screen. The clarity of a print on high quality paper is very different to something printed out from a lo-res file on 70gsm A4 via the desktop printer. Knowing your print came directly from the artist – a real person – adds another un-reproducible dimension. It’s a tough thing to try and get this into people’s heads, but I truly believe it can and will settle into its own balance.

And, if there was more respect in the world, many of the issues surrounding copying and copyright would not exist. However, while respect for other people’s work is important, it’s not the complete answer.

Cultures always have these sorts of dilemmas whenever a new technology comes along – wasn’t photography supposed to mean the death of painting? Yet painting is still alive and well – it is valued for its own material qualities, and for the fact that it is capable of depicting things in ways not available to photography. Likewise, computer generated art has given us great new possibilities in depicting ideas, and it also has its own qualities and shortcomings – capable of and suitable for many things, but not suitable for everything.

Copying is not ever going to go away. We must face up to that fact and its implications.

I’m not suggesting that direct copying for the sake of profiting out of someone else’s idea is a good thing. But, it might not be all bad. In the The Knockoff Economy published late last year, law professors Raustiala and Sprigman  argue that copying does not kill creativity, but in fact encourages creativity and innovation. The book cites the industries of fashion, food, and yes, font design as areas where copying is commonplace, and yet they remain vibrant and innovative. Their reasoning is that imitation simply makes the cycle run faster, forcing innovators to be even more creative.

So, if there has been a paradigm shift it means that intellectual property in an age of digital technology is a concept with shaky foundations – perhaps a corresponding shift in thinking is required. Artists need to come up with new ways to harness this proliferation of images and not fight it. We need to think smarter, faster. 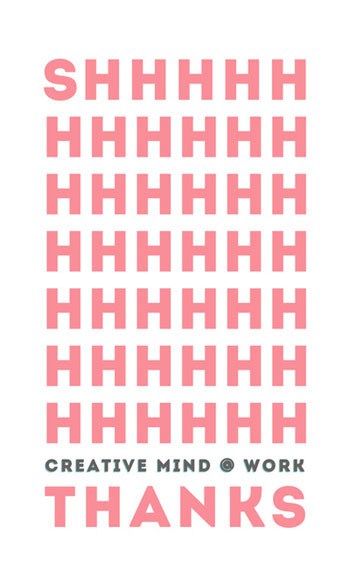 (And seriously, you NEED this print to stick on the door/wall/window of your creative space.)

I would love to hear your thoughts on this subject! Provocative ideas promote discussions, and discussions provide the seeds of solutions.

Part (ii) of this post is here. What do you do when someone copies your work? Read on!