Pamela Pianezza dreams about pictures. The pictures she’s done and could have done better, the pictures she couldn’t do, because she didn’t have her camera, and pictures that obsess her so much that at some point she knows she’ll have to go back to that place and try again. “I also dream about the pictures I would love to do. Sometimes I just have boring “technical dreams” : before going to Japan for instance, I kept dreaming about what camera, what lens I should use etc. So given the level of my obsession, I guess I’m really a photographer.” 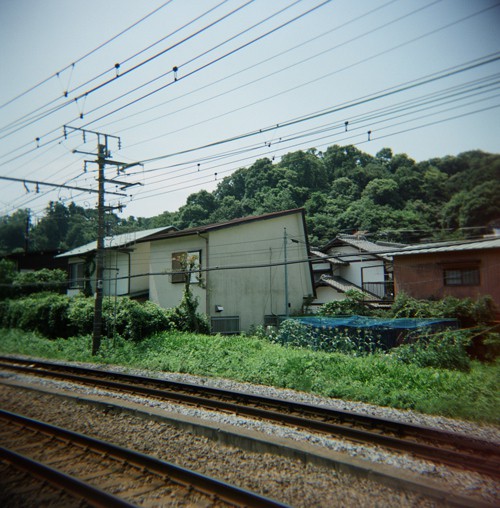 She’s a French-Italian, Paris-based photographer and journalist, mostly focusing on film and literature. Much of her time is spent travelling to film festivals around the globe, working on portraits and documentation, lugging around heavy cameras and accessories.

As a counterbalance, Pamela likes to explore the cities and parks with disposable cameras, in search of foto povera (translating badly as “poor photography”) – a term with overtones of snapshot and undertones of anti-convention.

Her camera of choice for these images is a Holga. A week for heading to Japan, she had a motor accident and had to use crutches during the whole trip. “The Holga is light, and gives the best visual echo to what happens in my brain and I’ve continued using it because it’s the cheapest medium format camera I know.”

In this genre, she has been working on two series. The first is Chasing Haruki Murakami, which is a photographic translation of Murakami’s novel Kafka on the Shore, featuring images from around Hokkaido, Japan.

I hadn’t read any of Murakami’s books before, and discovered that his storytelling was built around narratives of  loneliness and angst, and these themes are often set against backdrops that are dream-like and surreal. Pamela’s images tap into this concept, presenting pictures that are disconcerting in their banality and slightly unkempt, evoking feelings of unbelonging and transition. 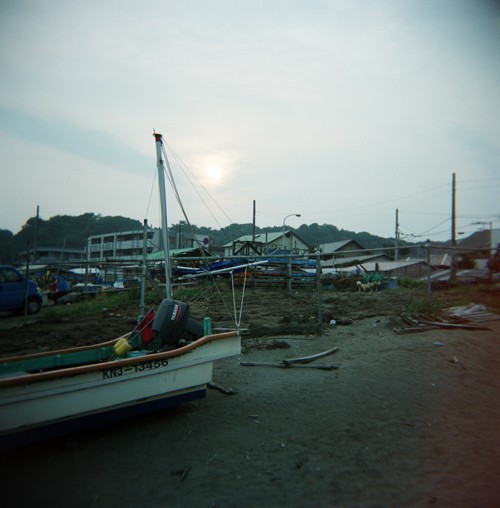 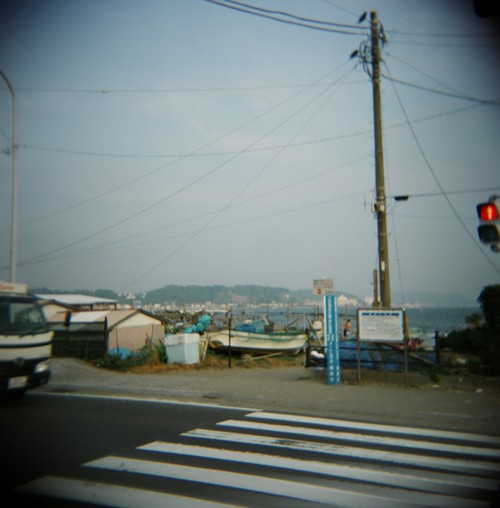 A second series is Far From the Madding Crowd. It’s peaceful and quiet and she says, taken as “an attempt to escape, for a few hours, the rollicking, pulsating and exhausting atmosphere of film festivals, where I spend a big part of my life…” 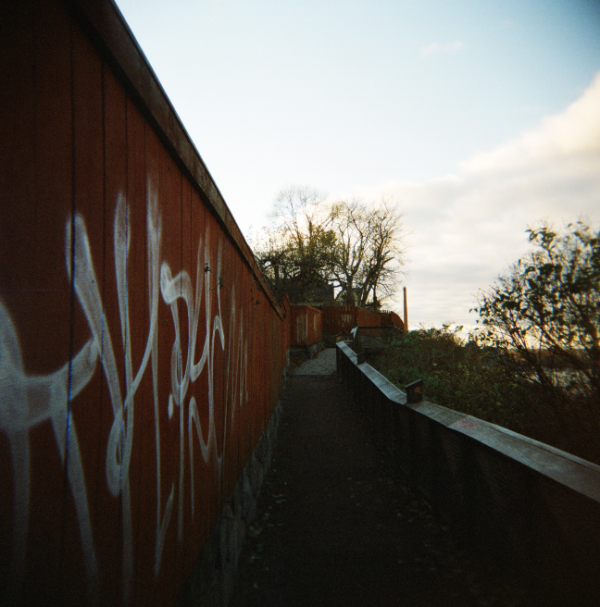 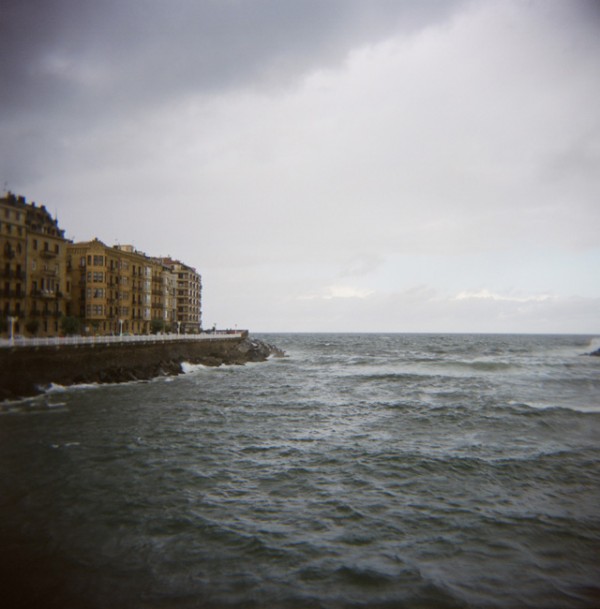 “I’ve always made some money with my pictures: I sell pictures to magazines; I’ve been working as a theatre photographer for 7 years… So it would be great if that part of my job, which isn’t the most personal part, could grow to become a bigger source of income. As for my personal projects, I want to keep a complete freedom in term of subject, methods and timing.” 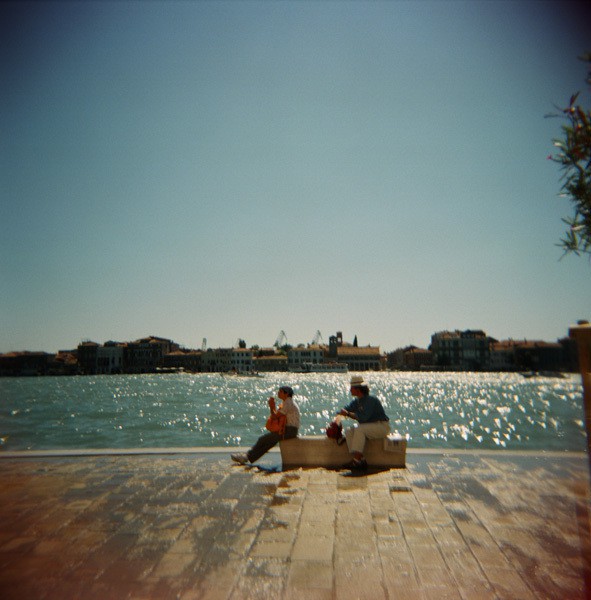 “I’ve the conviction that it’s not the camera that makes the photographer. I’ve been fighting about that a lot with one of my friend who doesn’t take seriously people who don’t have a huge camera. Of course, for my assignments, I need a strong and reliable camera, so I use a good Nikon reflex with very bright lenses, since I like to work in natural low light.

“But let’s be honest, you can’t have that kind of camera with you all the time and I like to take pictures every day. So my life changed when I get a Fuji X100, which is the perfect camera for me: it’s discreet, light, and with a prime lens. I hate zooms. I’m completely lost with them.

“I’m also very found of iphoneography and I think Instagram is a great thing if you use it as a tool for your photographic diary.” 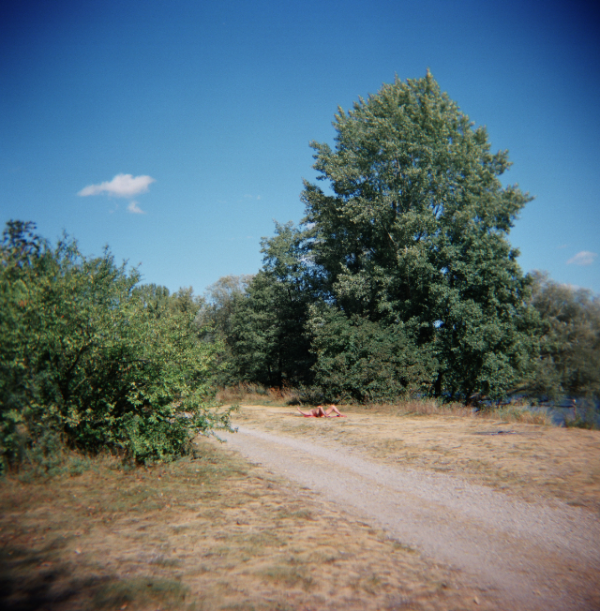 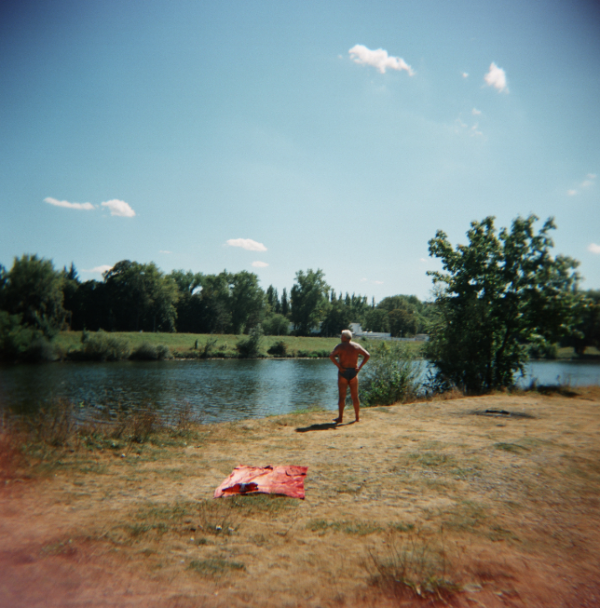 Surrounded by film and images in her everyday worklife, it is obvious that Pamela has a myriad choice of influences, and she admits it is a hard question for her to answer. In general terms, her loves are documentary photography, foto povera and film noir, but there are some special people at the top of her long list.

“Raymond Depardon will forever be the love of my photographic life. I thought it would pass with time but it doesn’t. The way he adds intimacy to the very universal stories he tells is just amazing. How he can jump from a remote village to the halls of the presidential palace… He’s a chameleon. These days, I’ve been reading and rereading his book, Le Desert Américain.

She also loves Rinko Kawauchi, who she says “could find poetry in a trash can”, and Daniel Challe for his poetic vision of daily life. There are contemporaries and friends, Ivan Ikic and Pierre Morel, and of course there are filmmakers – David Lynch  for his oniric visions, and Jacques Tourneur for his most mysterious movies Cat People, and Vaudou.

Many others have taught Pamela many things and helped her get to where she is today. “Reza showed me how to physically behave and move with a camera. He has a mix of confidence and discretion that comes with an incredible elegance. Sébastien Calvet, one the best French political photographers, showed me how to find the right distance to your subject, which also means to find the right aperture for you. In my case it’s more or less f:4. That was one of the greatest discoveries of my life. Ed Lachman taught me to look at everything that moves me and wonder why. Why do I like the way those things look? Where does the light come from? Why is there a reflection? He also told me the best way to improve your work is to identify the most inspiring people for you and to find a way to meet them. If you understand them so well, there’s a big chance they will understand you too.”

You can find more of Pamela’s work on her website cargocollective.com/pamelapianezza. She is also the creator and editor of Tess Magazine, dedicated to film and culture.