Marijke Arkley counts her experiences in the traditional textile workshops of India as one of the most inspiring things she has ever done. Surprisingly then, at first glance her own textile designs sit in remarkable contrast to the intricacy and flamboyance of those traditional designs.

With their abstract geometries in black and white, Marijke’s work is reminiscent of the work of Bauhaus pioneers, Gunta Stolzl and particularly Anni Albers, and she says that they are indeed amongst her most favourite weavers. 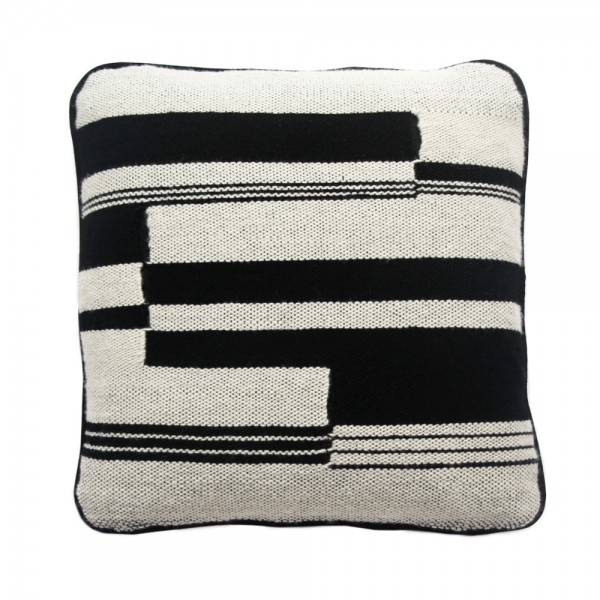 Marijke’s work is the sum of many experiences. It was while she was at uni at RMIT that she won the Tranzbiz award, which took her to India to visit weaving mills, weaving co-ops, embroiders, hand-tufters and to see block printing first hand. “It was quite an incredible experience and opportunity that I will never forget. The idea was the range of woven fabrics I designed would be put into production by a weaving co-op, but unfortunately funding ran out before this could happen. It was such an amazing idea and way of supporting local artisans. The trip was incredibly eye-opening and inspiring.”

After graduating in textile weaving in 2008, she went to work for an international carpet manufacturer as a designer of custom-made commercial carpets. “Having clients who were predominantly architects and interior designers was an invaluable experience. The company was global, so I learnt a lot particularly from working with the Indian design studio. Being able to pass on briefs to someone in another country whose first language is not English is quite challenging but I learnt a lot about communication from this experience.”

The company relocated her to Sydney which gave her further industry experience, but it also had its drawbacks. “I was really missing weaving and working full time in a creative role was not allowing me to explore my own creative ideas as much as I would have liked too. I took the plunge and resigned, which gave me the time to think a lot about what I wanted to do next; there are not a lot of design jobs in Australia for Textile Designers so I decided that it was time to try my hand at my own business. Around the same time, my partner and I (both originally from Melbourne) were feeling that it was time to move on from Sydney. We had had been floating the idea of moving overseas around for a while and by the end of 2012 we decided that Amsterdam was our next stop.  It was really exciting decision to make! I took my loom over with me and felt so inspired by what was around me. 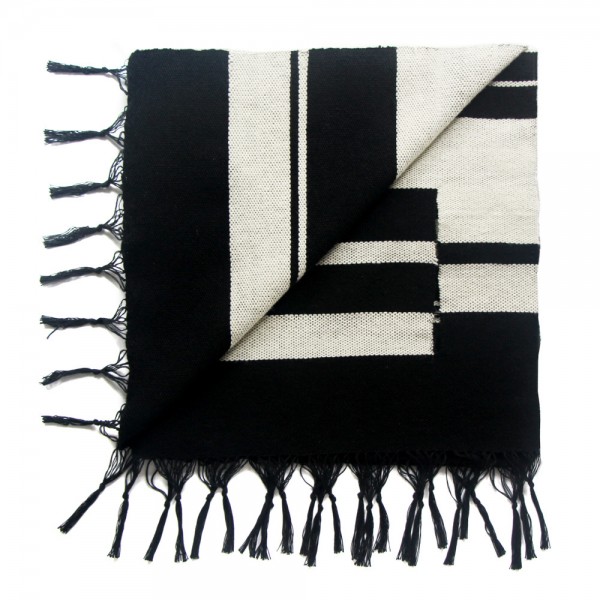 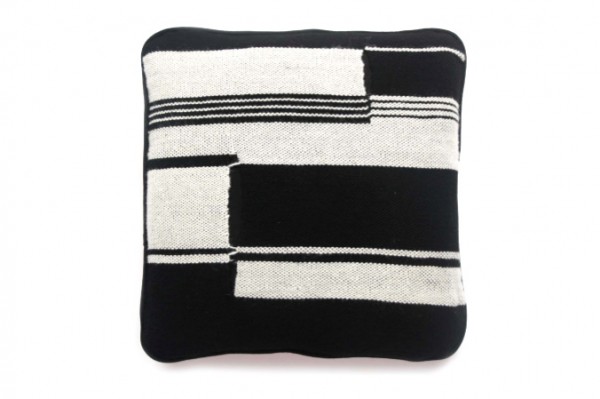 It was the stimulus for her current collection ‘Velden’. Flying over the Netherlands, she was struck by the beauty of the green fields and the block patterns made by the controlled farm grids.“The grids that I was seeing from the sky really stuck in my mind, they were textile designs waiting to be woven, with canals, roads, fences and lines of trees running across and through the middle of the fields. It was really beautiful.”

For this collection, she wanted to expand past weaving and felt that the designs would translate well into screen printing. “Branching out into screen printed products was scary and exciting, it is a completely different medium to hand woven and lends itself to a different range of applications. Coming from a background predominately focused on hand woven fabrics the parameters of screen printing proved to be a new and interesting challenge. It was definitely rewarding to see the results.” The individual quality of her work continues to flow through screenprints and woven pieces alike, and all her textiles are hand finished and made into homewares in Australia. 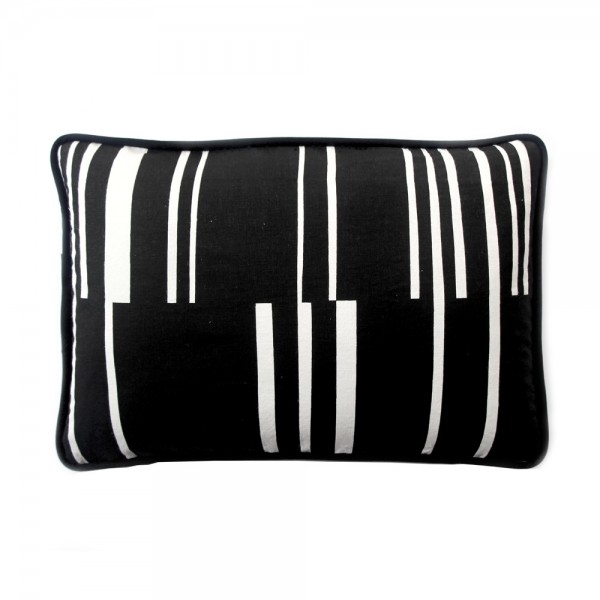 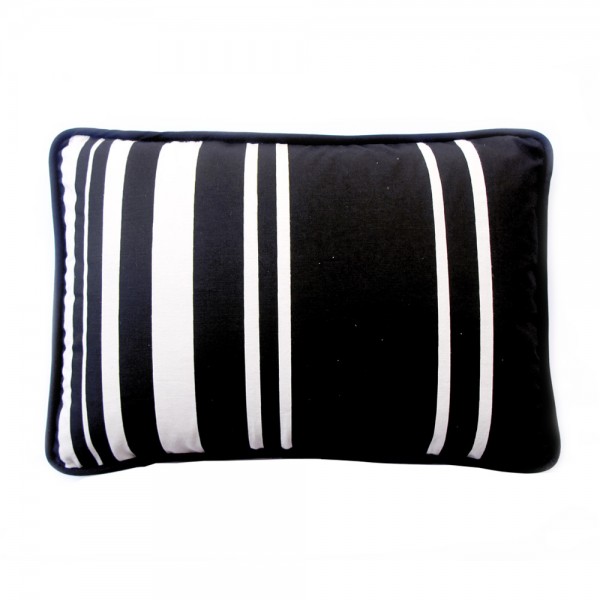 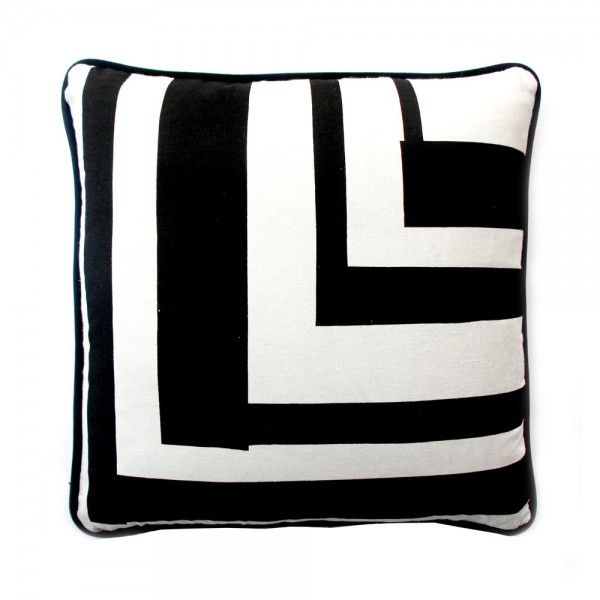 The business side of things has been a steep learning curve for her. While she had plenty of industry experience, it was the financial side of things, and the whole idea of branding that had her stumped. So in 2014 she did a short course in Small Business Management at RMIT, which she describes as being like a condensed version of NEIS. “It was really great. I had no background in financials and this has taught me the basics and I do have a good accountant to call if I ever get stumped!” Branding is something she has also reached out for help with. “My partner comes from a creative background so being able to bounce ideas off him is great. He helps me out with styling and we worked on my branding together. It was the first project we collaborated on and I think it came together really well.”

You can see more of Marijke’s textiles on her site, marijkearkley.com 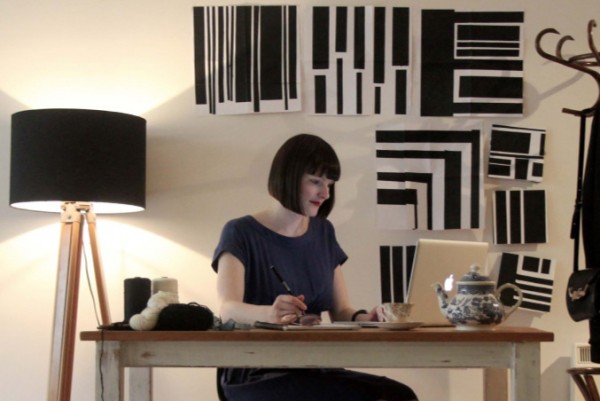