Hellooo!!! I can spend hours ogling and sighing over the beauty of things from artists and makers throughout the ages, especially the amazing proliferation of items and artworks since the industrial revolution. So it is with the incredibly talented Stig Lindberg – a Swedish designer most famous for his homewares and ceramics produced while working for Gustavsberg Porcelain in the middle part of the 20th century. 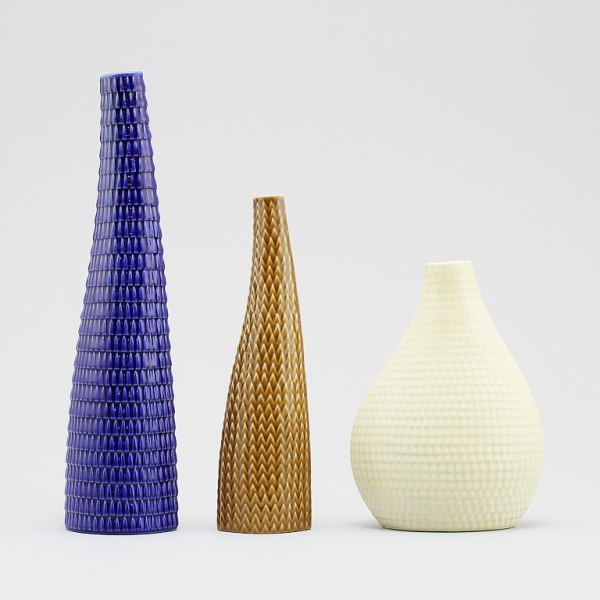 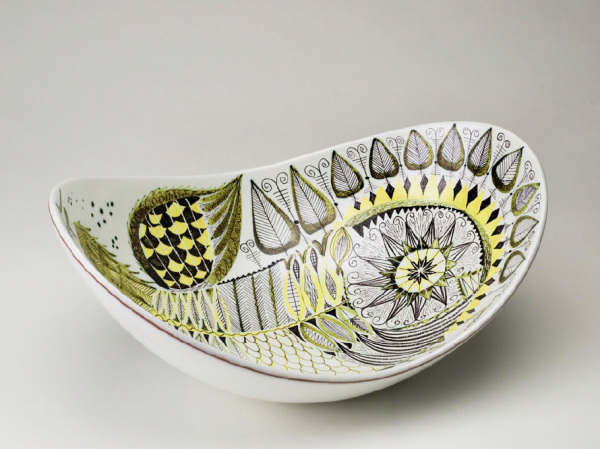 Welcome to my new segment on design and craft icons!! There’s a good reason that people like Lindberg have earned themselves a place in the history books, and I think that we can always learn more from taking another look at them and their work, so in amongst presenting fresh work from emerging designers and small business help, I’ll be delving into these treasure-troves every now and then. 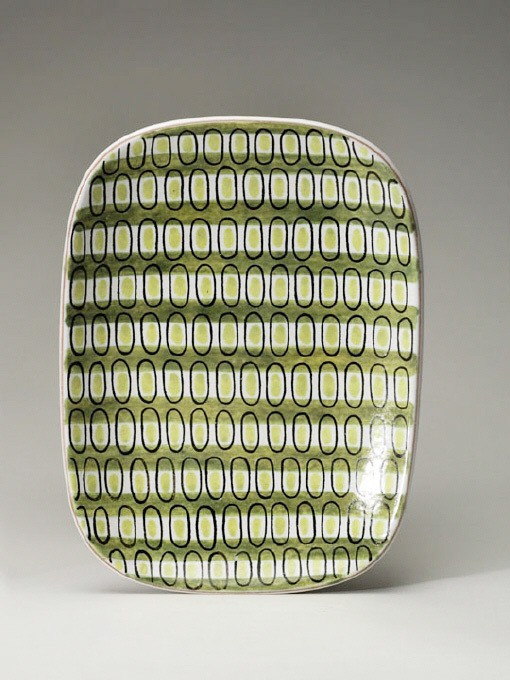 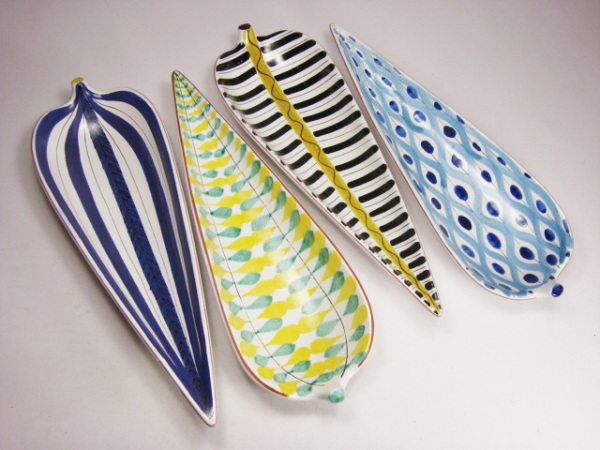 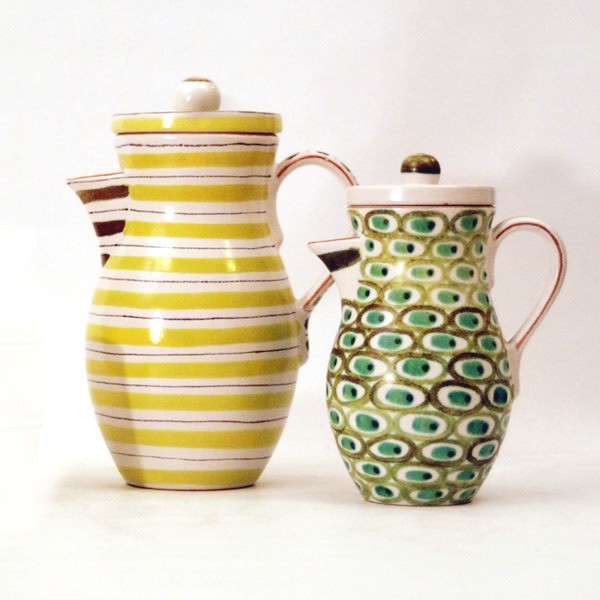 Stig was a master at design, inventive, often whimsical and humorous. He designed prolifically for Gustavsberg, everything from elegant, plain white tableware, right through to his distinctively bold graphic surface decorations. His forms were quintessentially mid-century Scandinavian, with their graceful curves and clean lines. 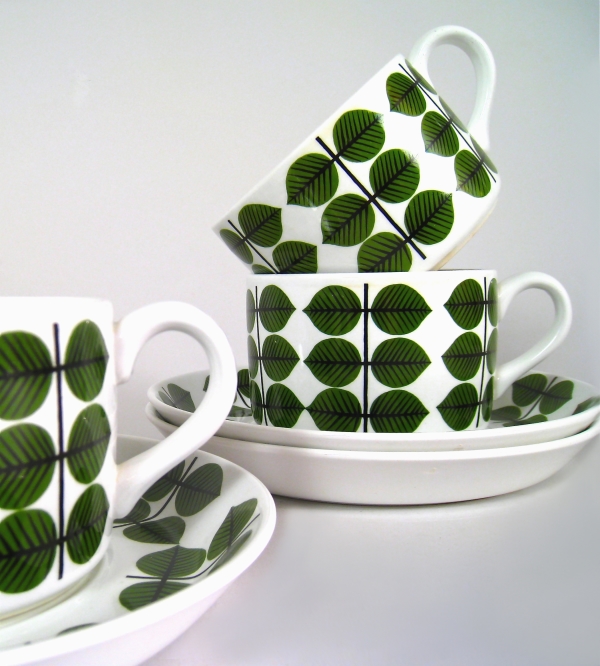 Born in 1916, Stig studied painting at the University College in Stockholm, and went to work at Gustavsberg when he graduated in 1937. He became their Artistic Director in 1949 and stayed there until his retirement in 1980.

Principally a designer of tableware and probably best remembered for his leaf-decorated dinnerware, Bersa, he also produced a number of handcrafted pottery pieces, and also designed patterns for homewares and fabrics, and even several television sets for Luma. 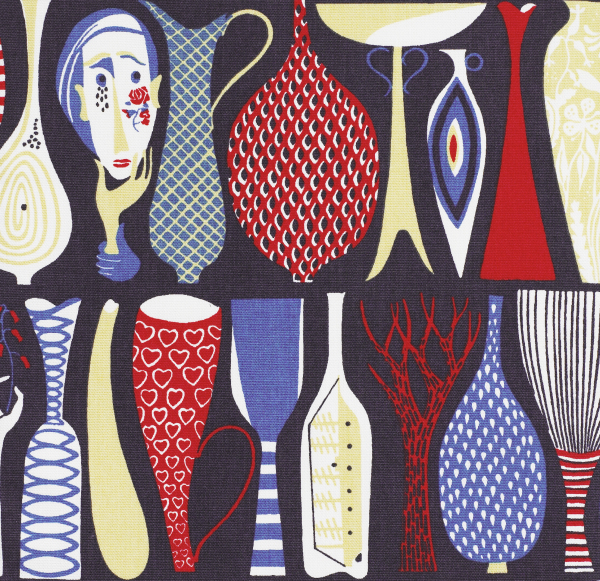 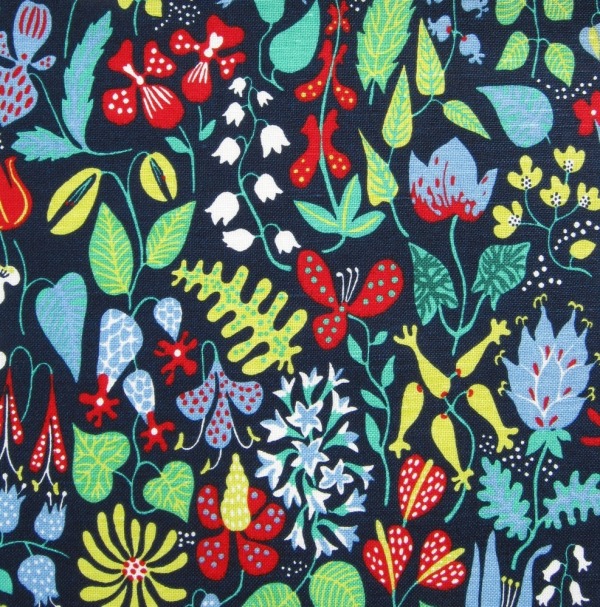 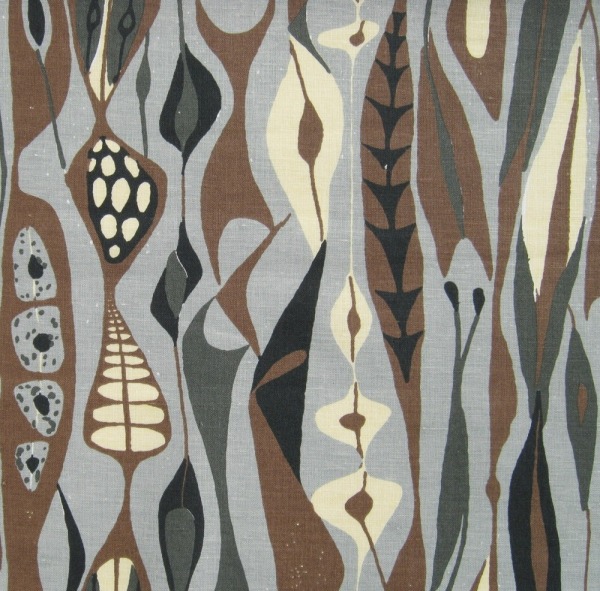 You can see more of his work here.