The clothing of Maria Queen Maria is a wild hybrid of unstructured yardage and tailored forms, influenced by everything from Vivienne Westwood to Issey Miyake and Moschino with steampunk and pirate thrown in for good measure. Sometimes it simply borders on the architectural.

Working in a limited palette, the clothing is full of competing elements – oversize sleeves with skimpy skirts and dresses that are part pantsuit. With extra ties, so you can shape your garment to your own liking. 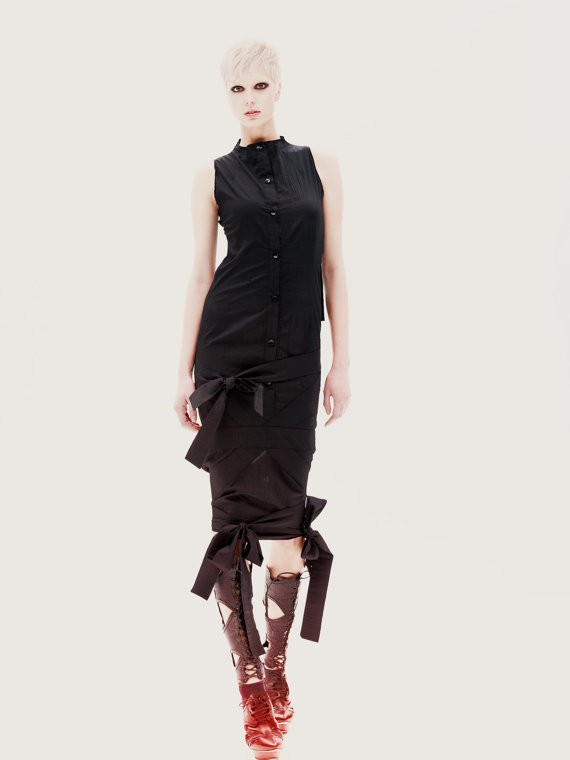 Maria Queen Maria is a collaboration between long-time friends, Mina Kaye and Maria Ilieva, and is based in Sofia, Bulgaria. Maria is a well-respected makeup artist for film and theatre, and Mina is a costume designer who has won numerous local and international awards.

Mina and Maria met many years ago at school, and started planning their designs about 10 years back before launching their label in 2009. They say their biggest problem always is not finding the right fabric for the designs they want to make. “We get our inspiration from everything that surrounds us (“fashion is a reflection of reality”), and we create new designs every 6 months” – and despite being surrounded by the constant fabulousness of film and theatre, Mina’s favourite creative space is a simple notebook in a coffee shop. 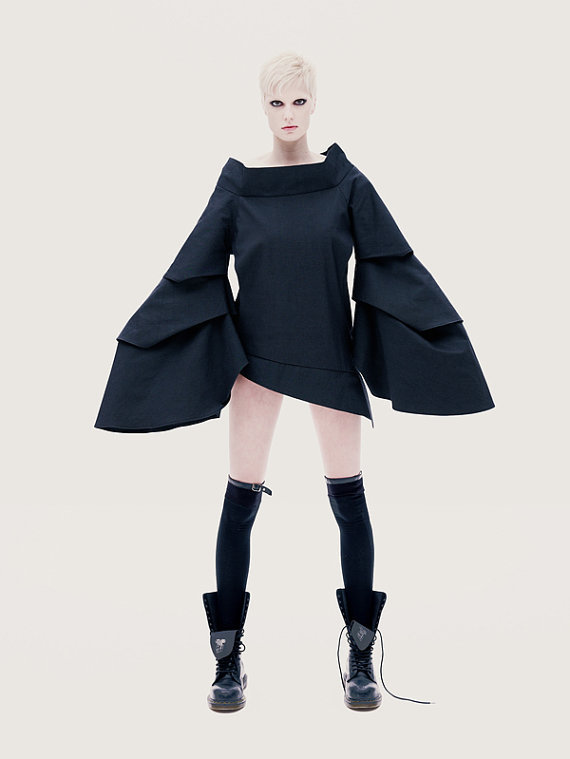 Now, Maria Queen Maria has firmly established itself as a brand and the only deconstructive fashion label in Bulgaria. It also boasts two stores in the capital, Sofia. 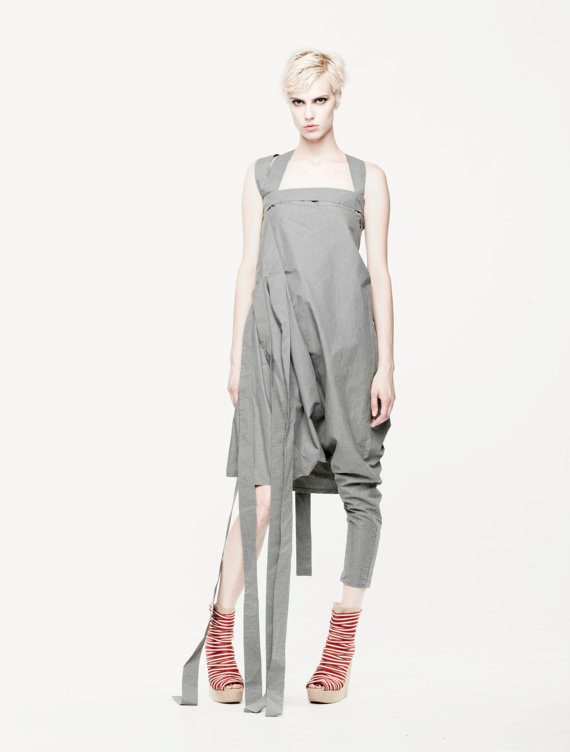 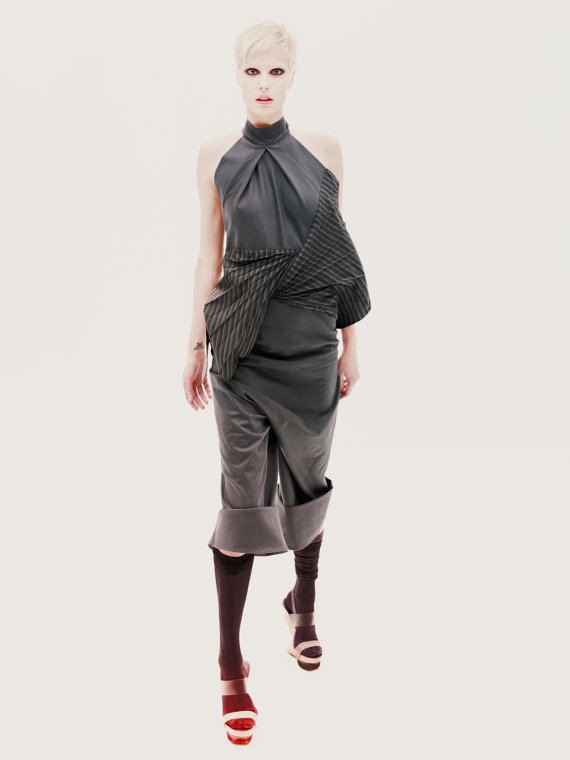 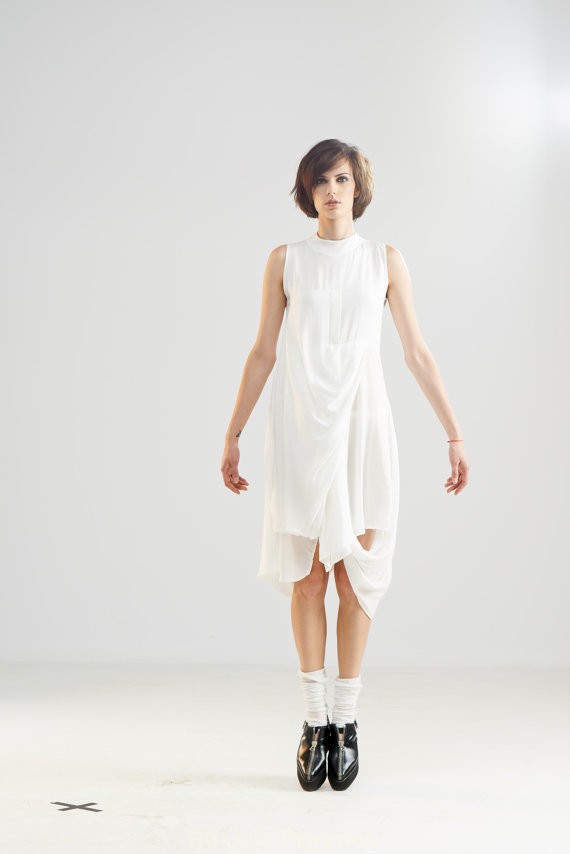 When I asked Mina if she had any great creative experiences as a child, she replied “No, we don’t go back in the childhood times :)”.
I figured that if Mina and Maria have known each other since school, they probably know MANY funny secrets about each other! 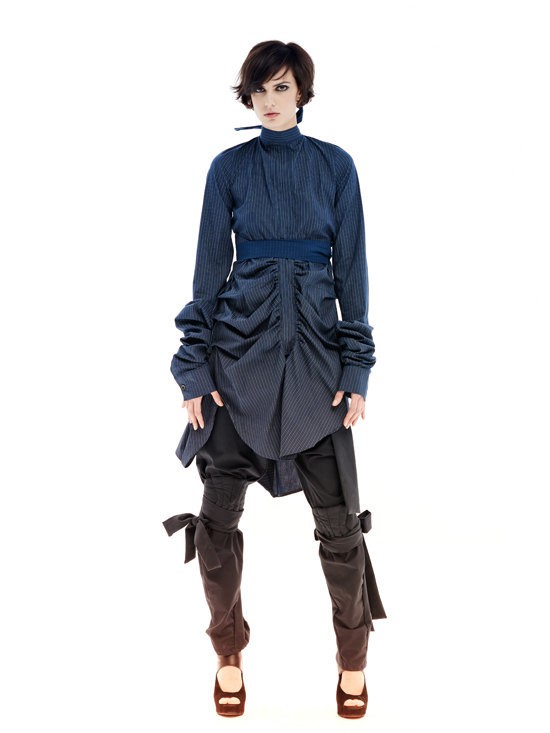 Given their apparent love of monochrome, it was a complete surprise when Mina sent me this picture of her apartment – it is lusciously vibrant, filled with softness and rich colour. Contradiction upon contradiction! I guess that’s what makes Maria Queen Maria endlessly intriguing. 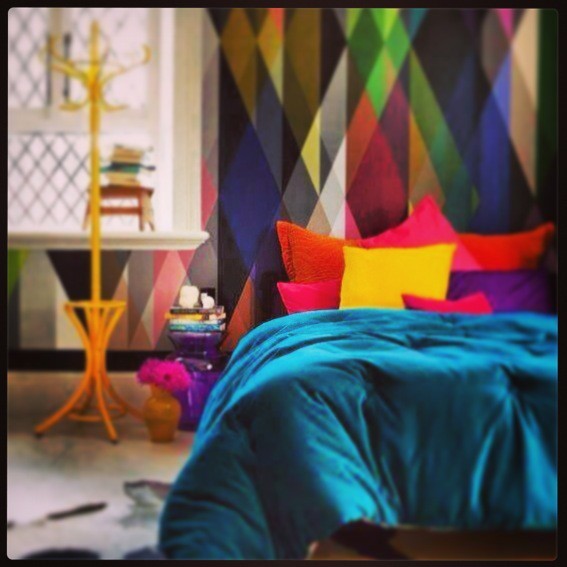 You can find more of Maria Queen Maria’s clothing in their Etsy shop, and on their own website, mariaqueenmaria.com.