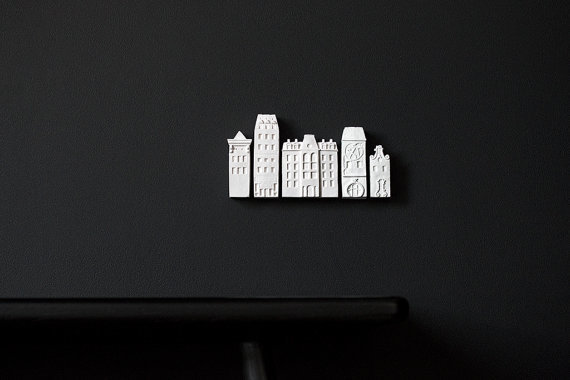 Laurie Poast grew up in a little farming village in Wisconsin, dreaming of the far-off places of her ancestors and pondering the magic of craftsmanship in the workshop of her father, the master luthier Ron Poast.

It was the architecture of her heritage in particular that captured her imagination – Norwegian, German, English – and all its forms that resonate with the history of the people that built them. 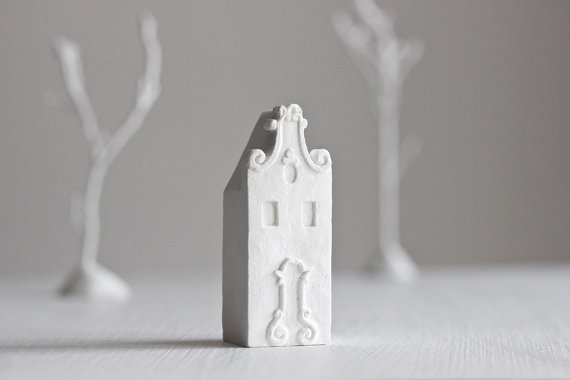 Since studying fine arts education in Madison, WI, Laurie built on that knowledge of craftsmanship and history of art, and looked further to the historic architecture of other countries of migrants –  Switzerland, Italy, France, Greece and more. She is entranced by their distinctive forms; decorative and practical in varying degrees, but each with its own regional expression.

Translated into porcelain and stripped of colour, these tiny sculptures hint at stories of emigration and ancestral home; a kind of beautiful shadowland that has no presence except in memory. Singly, or grouped in cities, the works are elegant and intriguing. 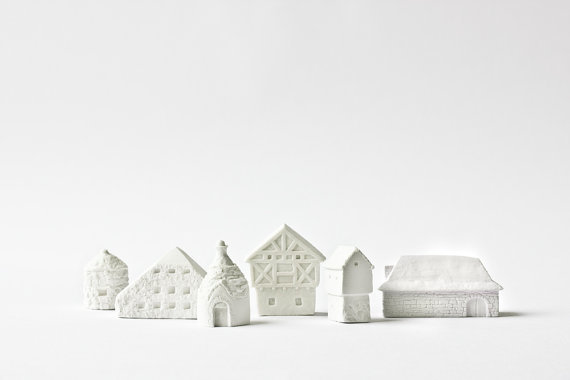 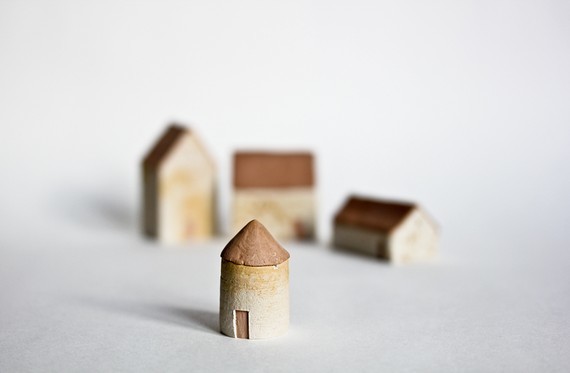 Laurie worked with numerous American companies and arts organizations for several years gaining valuable business experience, and this eventually led into her to launching her own company in Norway, POAST Art & Design, which now serves over 300 contracted artists and interior designers. 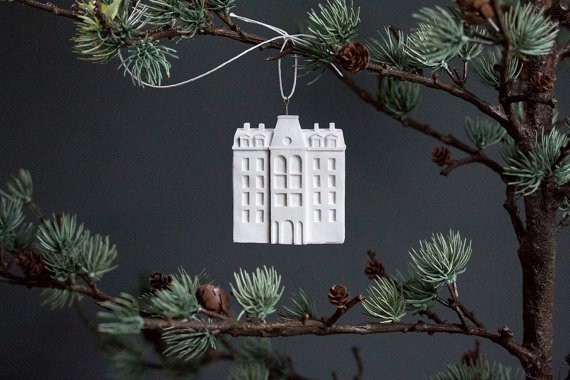 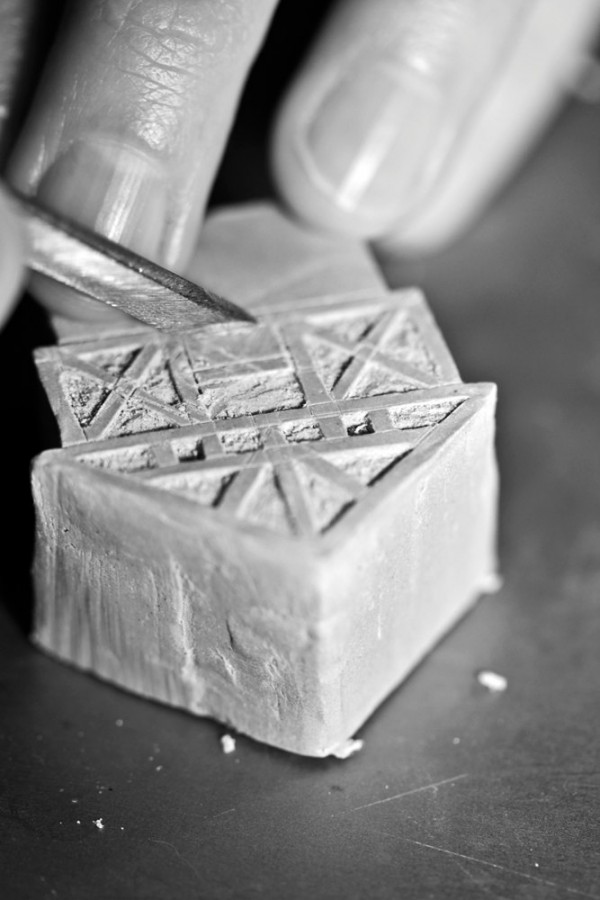 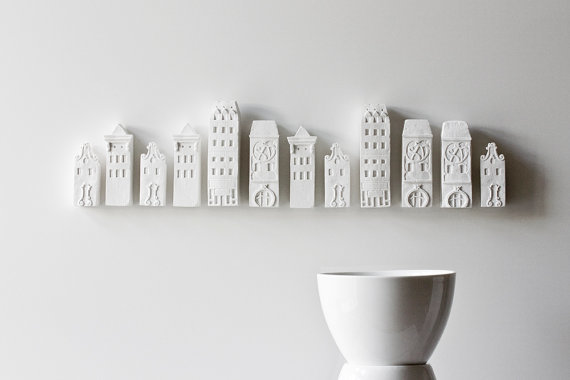 You can find more of her work in her Etsy shop, POAST, and on her blog.