Adam Maron and Quincy Pearson once invented a secret society of monkeys which was so secret that even the monkeys didn’t talk about it, but identified each other by the particular hue of yellow in the fezzes that each of them wore. 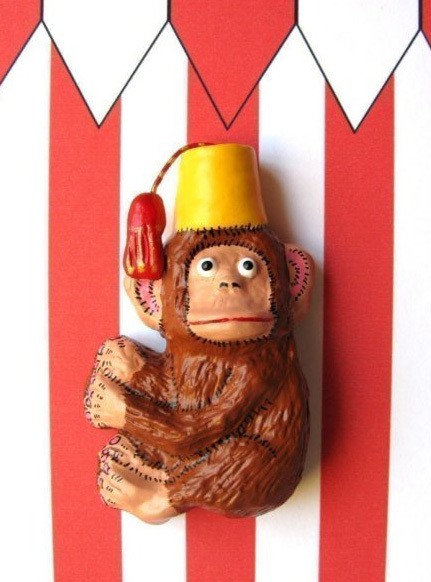 Besotted with tales of Bigfoot, the Loch Ness monster and the aliens of B-grade movies, Pearson Maron combine mythology with snippets of everyday life to create new stories. Working primarily in clay and paint, they add in wood, metal and occasionally found objects as needed; each piece they create carries with it its own narrative, like a glimpsed scene from an unknown movie. 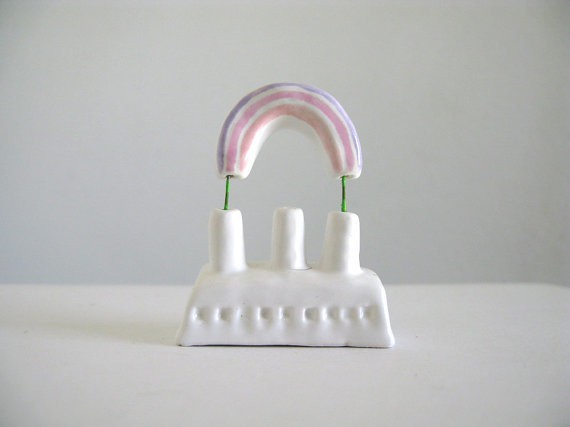 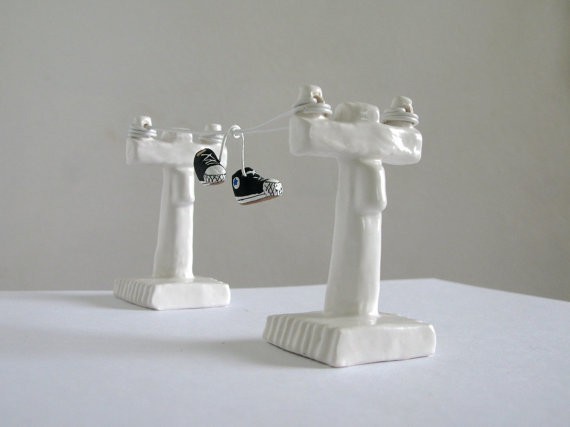 They both had creative childhoods. Adam remembers drawing all over his parent’s hallway walls, and Quincy remembers making her own paper doll collection. “I loved paper dolls and would make my own because there were never enough options in the paper doll books. My paper dolls had tube tops and roller-skates. They were horrifying.” 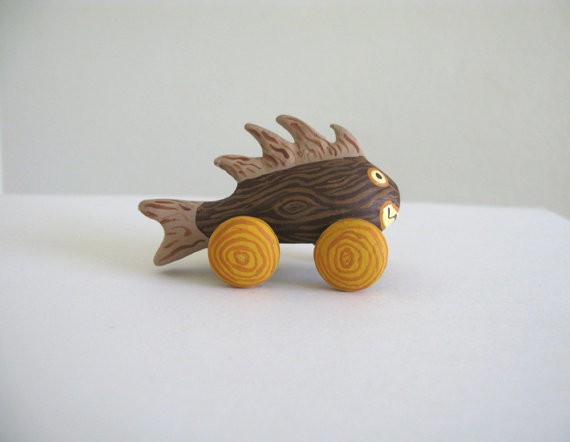 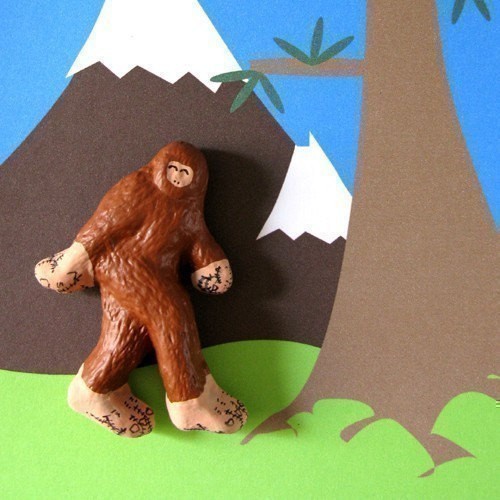 After first meeting in art school, they began collaborating almost immediately. “Quincy was busy making a cardboard robot army and Adam was sculpting voodoo doll/puppets of the art faculty members.” So, they decided to get married. They now have a daughter, and two cats named Macaroni and Cheese. 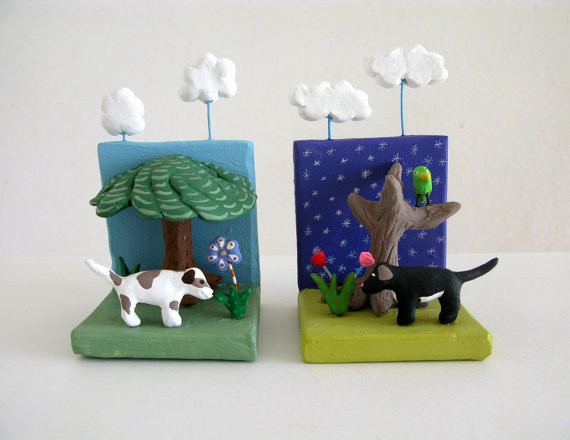 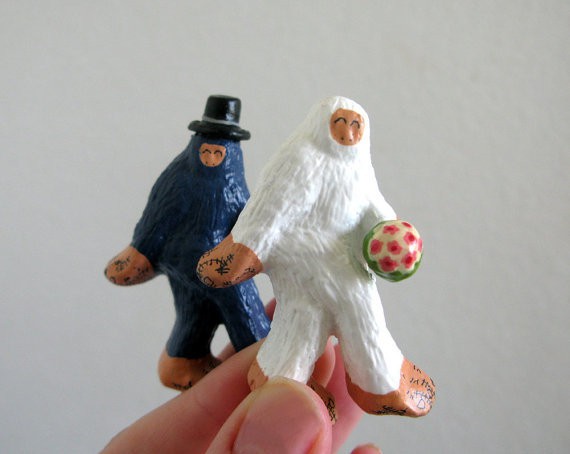 When they’re not spending  time in their Southern Californian studio up to their elbows in clay and paint, they love watching old movies, checking thrift stores for velvet UFO paintings and vintage exercise records.

Their best piece of advice? “If you truly love what you do, it will show in your work and other people will respond to it.”

“Don’t try to appeal to a broad audience; what makes you different is what people will love about you and your work.” 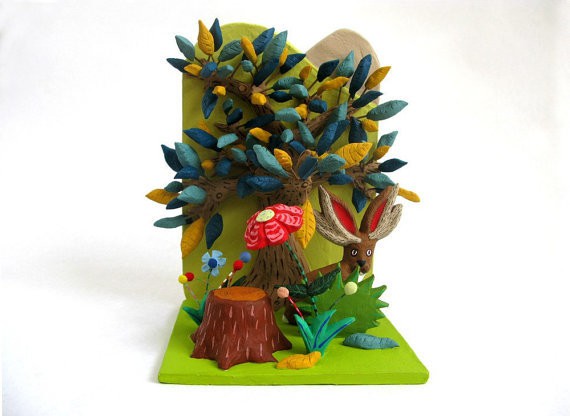 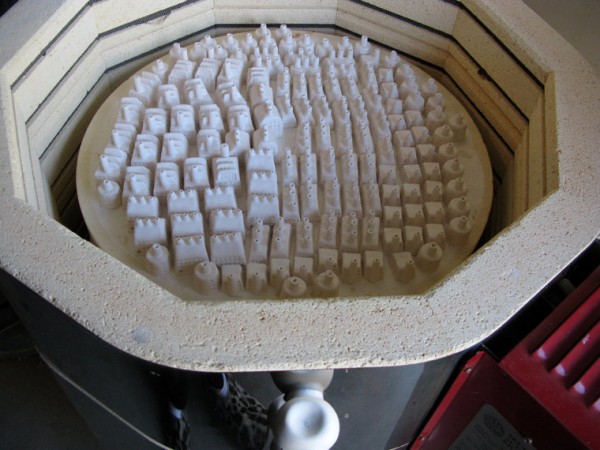 You can find more abominable snowmen and polar bear factories in their Etsy shop, PearsonMaron.